Terry Rothwell founded Technetics Corporation from her home in 1985 and in 2002 lead a rebranding effort under the Celerit label.  With the new brand, and under Ms. Rothwell’s leadership, the executive team unveiled a dynamic new corporate business plan focusing on bank data services.  In 2002’s Special Technology Report, Arkansas Business designated Terry Rothwell as a “Technology Pioneer for Arkansas.”  Since that time, Celerit has enjoyed consistent growth as one of Arkansas’ premier technology firms and has been named as one of the top 300 Women Owned Businesses in the United States.

In 2005, Terry Rothwell and Celerit were selected by the National Heritage Registry of Who’s Who, and recognized for success in the Banking and Financial Services Industry. Ms. Rothwell was also selected as one of the “2005 Top 25 Arkansas Women in Business” by Soiree Magazine.

In 2010, Ms. Rothwell and her husband were jointly honored by Arkansas Tech University with the unveiling of the new business building named “Rothwell Hall”. Through 2014, Ms. Rothwell was both the Chairman of Facilities Development Foundation and a Member of the Business Advisory Council for Arkansas Tech University.  She has been awarded honorary membership in several Arkansas FFA Chapters and awarded the highest individual honor given by the National FFA Association - an Honorary American Farmer Degree.

Since the inception of Celerit, Terry Rothwell has been featured in many state and national publications such as Arkansas Community Banker News, Arkansas Banker, Arkansas Business and US News and World Report for success in offering a cutting edge approach to information technology.

Ms. Rothwell was educated at Arkansas Tech University in Russellville Arkansas.  She has enjoyed over thirty years of success in executive leadership in the financial services industry.

“I am proud of how far we have been able to grow Celerit, and I cannot wait to see where we grow from here”. 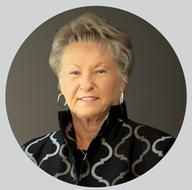